Free quotations. All works are guaranteed.

The Pest Hub Support Network is a collaboration of experienced professionals from specialist industry sectors in the UK. We are working together to help fight against the spread of Novel Coronavirus by providing complete disinfection services to decontaminate properties across the UK, ensuring staff and visitors can enter a safe workplace by reducing the risk of cross infection. EBC Pest Control is fully insured to carry out these services.

How do we fight back against Covid-19?

Our teams carry out fogging treatments alongside wipe down procedures on all touch points, providing effective bacterial and viral infection control against coronavirus, Norovirus, Salmonella, MRSA and more.

All procedures are in line with industry standards and carried out under guidance from Public Health England. 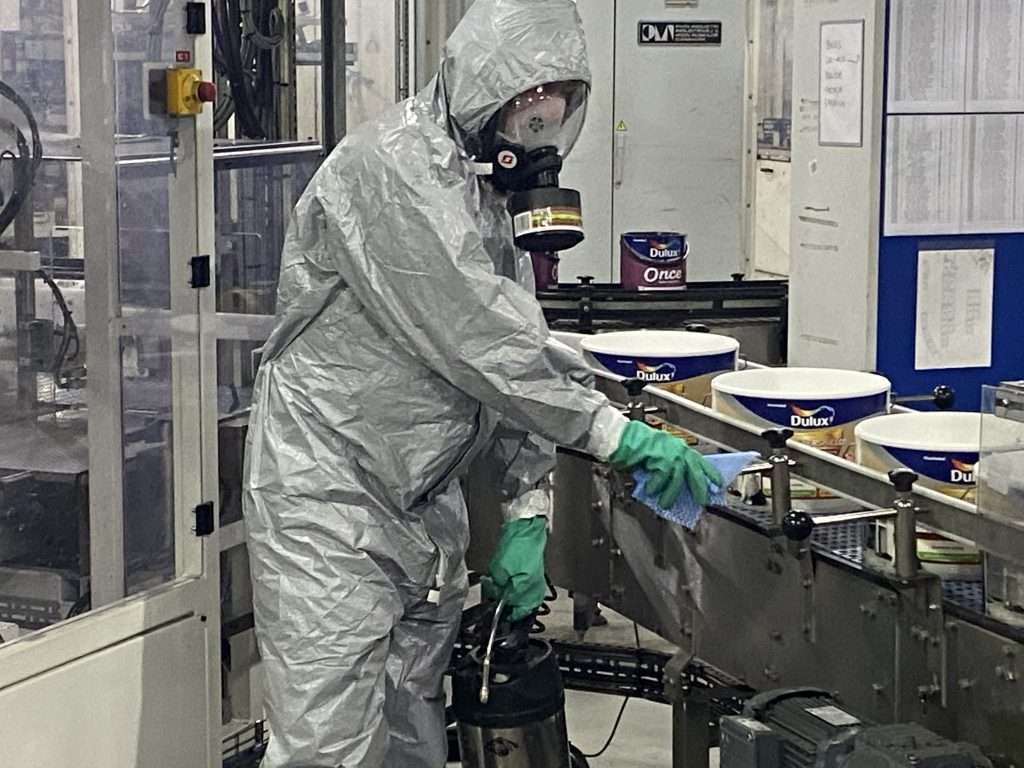 Manual disinfection via wipe down of all touch points, including:

All waste is disposed of in accordance to strict guidelines from Public Health England and W.H.O

Protective coveralls are disposable and protection level of type 3/4/5/6 Respirators, eye protection and gloves worn at all times.

All cloths and wipes are single use

All PPE removed off site, double bagged in clinical waste bags, along with all used cloths and wipes.

Clinical waste stored for 72hrs prior to collection via certified waste carriers.

Waste is then incinerated at a licenced facility

At EBC Pest Control we cover a wide range of pest control and pest prevention. We prefer to discourage pests from taking over a premises, rather than simply poisoning them. We prevent future infestations by proofing buildings using the most up-to-date methods and materials. This is the most cost effective way to deal with most pests.

We are happy to survey your premises for a free quotation. All works are guaranteed. We offer pest control services to councils, public buildings, housing associations, dockyards, factories, warehouses, offices, restaurants, letting agents, landlords and farms. Pests we manage include birds, wasps, rats, mice, ants, cockroaches, fleas and more. We can offer solutions to safeguard your premises, your staff, customers and visitors. We can also clean guano caused by a pest infestation. 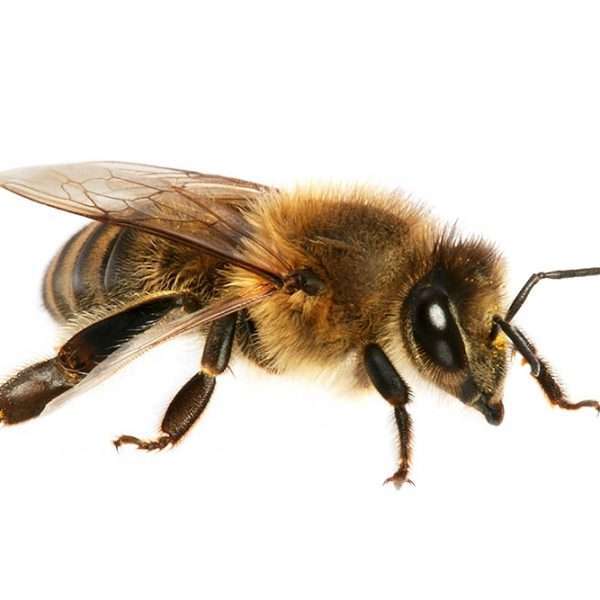 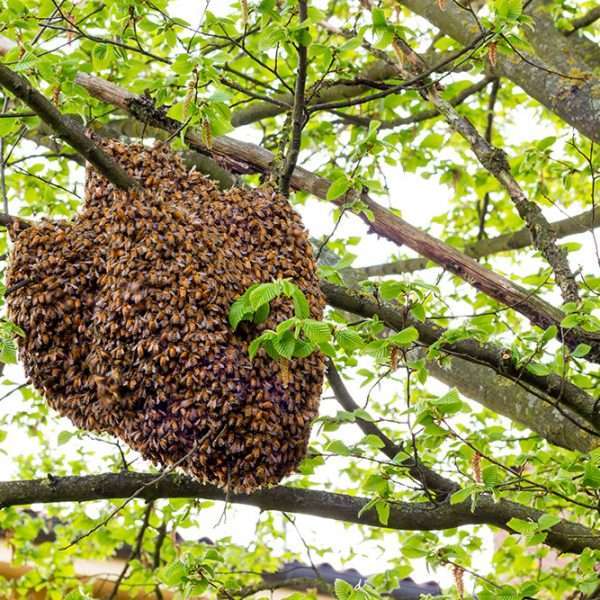 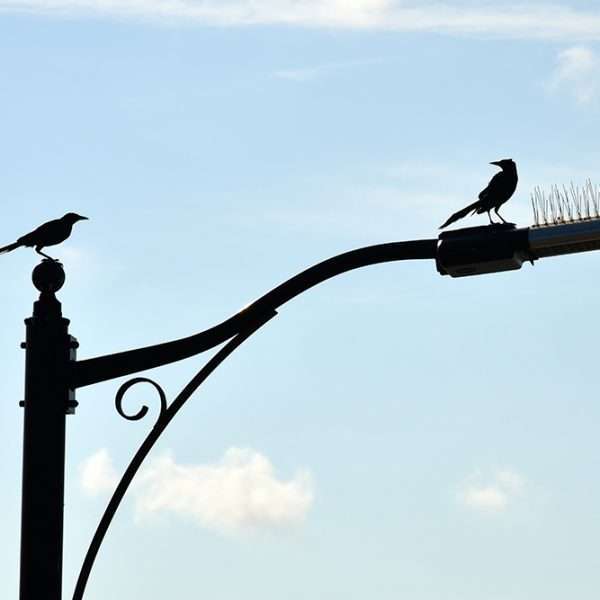 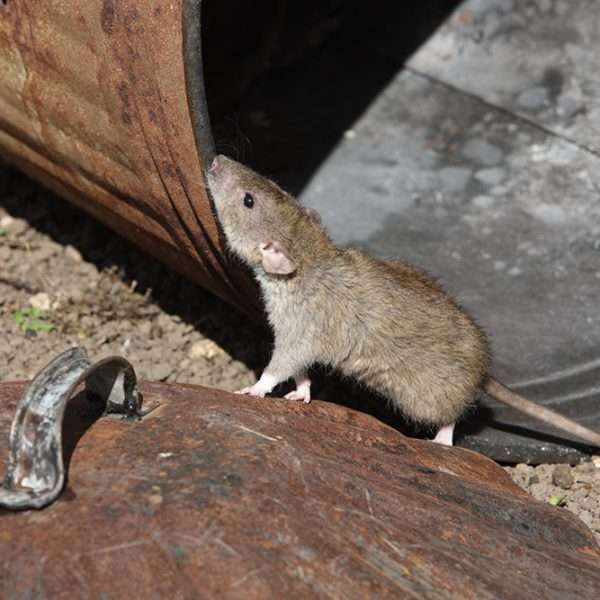 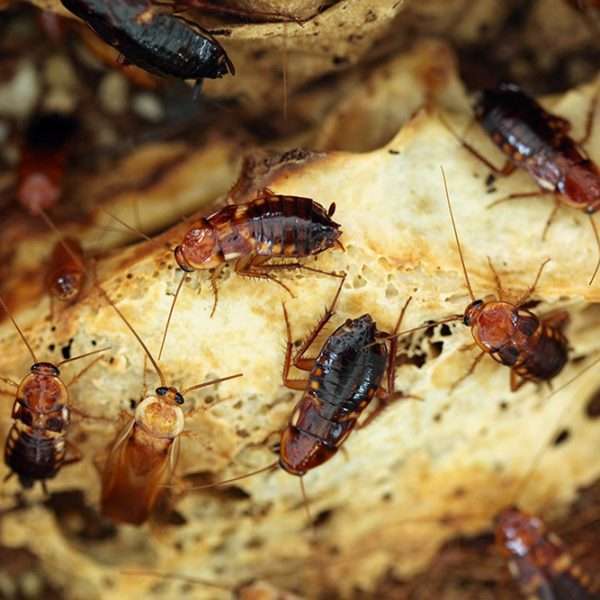 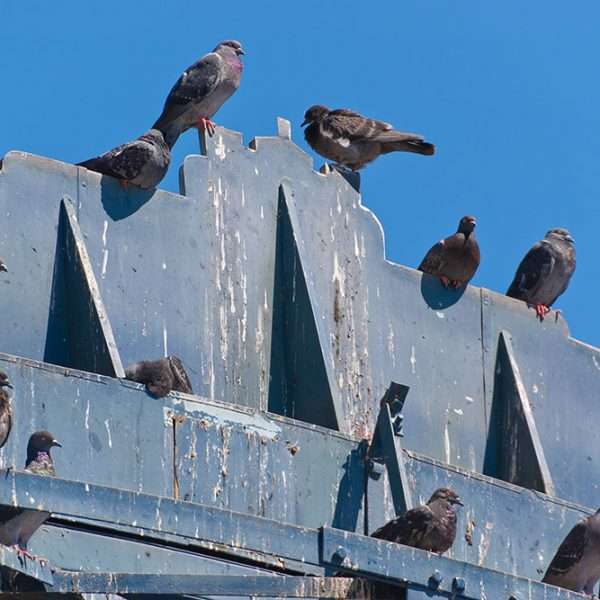 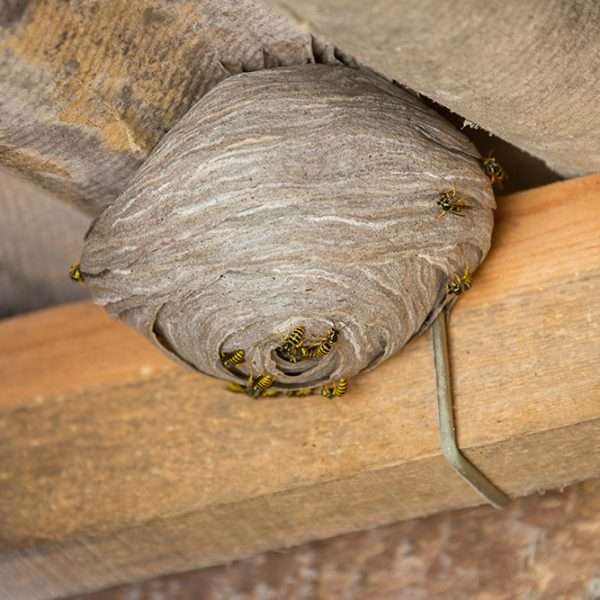 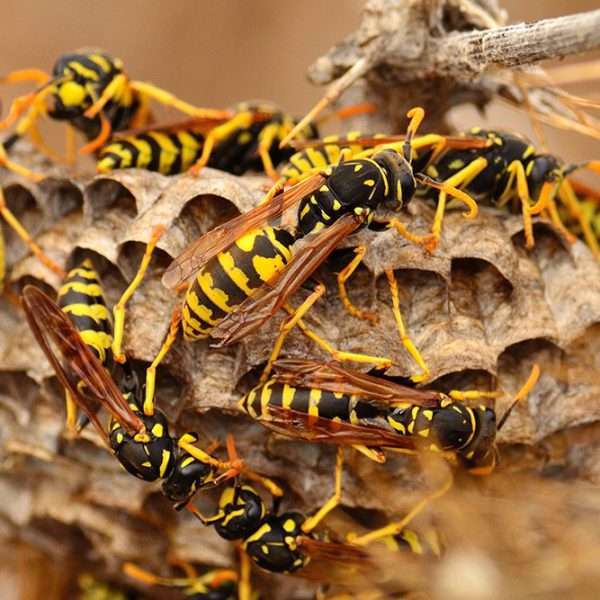 We pride ourselves on our extensive knowledge and experience. Edwards has been a well-known name in the London pest control world since Norman Albert William Edwards began the business in the 1950s. His son Marc Edwards has brought these years of experience to Norfolk with EBC Pest Control.

We are also trained in specialist cleaning services, including medical and crime-scene cleaning, as well as deep-cleaning of premises – please contact us with your requirements.

We are proud to be a fully accredited member of Buy Local Norfolk, meaning we are a business ‘truly local to Norfolk’. 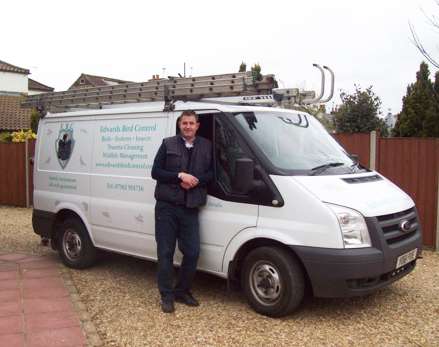 Pigeons are a major problem in many towns and cities. They can breed all year round. This leads to large flocks of birds which can quickly become well-established, especially if there is plenty of food. Pigeons will mainly eat corn based products but, as with most urban pests, they will eat most waste left behind by humans.

Removal of pigeons and their droppings must be carried out with great care.

Pigeons are often infested with blood feeding parasites such as biting bugs, mites, fleas, ticks and lice – all of which can bite humans. Their droppings make a mess on, and sometimes inside, buildings. These droppings can also be slippery and can carry diseases such as Ornithosis, Salmonella and E-Coli. These diseases can be passed to humans. The organism which causes Ornithosis, for example, is found on the feathers, in droppings and on nesting materials.

There are other insects which are associated with bird nests but can migrate in to the home or office. These include carpet beetles, spider beetles, book lice and clothes moths.

Other birds that infest buildings include Starlings, House Sparrows and Herring Gulls.

The birds may gain access to loft areas for nesting, or external roosting sites. As with pigeons, there is a risk that diseases can spread. There is also a risk of goods or food becoming contaminated or damaged by birds or their droppings. Nesting materials can block chimneys and guttering resulting in issues with carbon monoxide and damage to buildings.

There are a variety of control methods. The right one will depend on the bird, the location and the extent of the infestation.

Preventing birds from getting onto or into the property is usually the most effective method of control. It is usually possible to complete this without harming the birds. Pigeon proofing is a specialist skills which requires specialist equipment. Edwards Bird Control have a large selection of materials which are designed to keep birds off and out of buildings and loft spaces. We supply and fit carefully chosen anti-pigeon nets, anti-roosting wires and bird spikes.

This can be an effective form of control where proofing cannot be carried out successfully. Finding a suitable site for trapping is essential. Pest controllers are aware that the general public may find the sight of trapping birds distressing. The cage trap is usually baited with pigeon corn for around 7 days. The birds are free to enter the trap, feed and then leave for the purpose of making the birds feel safe so that after 7 days when the trap is set the maximum number of birds are able to be caught.

This is a method of lethal control. It is used almost exclusively for killing birds that feed on crops in the agricultural sector. It can also be used to control pigeons and small birds in the urban setting. This method is rarely used to kill larger birds due to the usual air weapons not being powerful enough to kill. A rifle must be used for this which requires permission from the police to use.

There are 200 types of bees in the UK. They tend to be more active in the warmer seasons and hibernate in the cold weather. At Edwards we believe in looking after our wildlife and nature. We offer free advice and different methods of controlling and managing any bee colony.

The bee population is on the decline. They play a vital role in the pollination of crops. For that reason we don’t generally treat bees as pests. We will only remove them if they are causing distress.

We are trained in removal of bees. We will re-home them, rather than kill them. Destroying a swarm of bees is considered only as the last resort, if it is not possible to remove it safely.

Honey bees are generally about 1cm to 1.5 long. These are the bees responsible for the pollination of crops. They can be found mainly near flowers, as they rely on them to produce their honey. They have provided humans with honey and beeswax for many years. We usually only see the ‘workers’, who are the females which are not yet sexually developed. The workers forage for food and build, clean and protect the hive. The male bees are called ‘drones’. Hundreds of drones will live in the hive during the summer but leave during the winter months. The Queen bee lays the eggs for the next generation of bee. There is only one Queen, and if she dies the workers will choose another worker to feed up with a diet of ‘royal jelly’ and this enables the worker to become fertile.

Bumblebees are black and yellow in colour and have a large structure on their hind legs which is a basket loaded with pollen. Bumblebees nest in a variety of places, such as bird boxes and gutters. They are far less likely to sting you than honeybees as they tend to attack only when provoked! Nests contain less than honeybees’ usually from around 50 – 400 bees. The classes of bees within the nest are the same as described with honeybees. They can be seen around plants foraging for pollen and going in and out of the nest. Gardeners may also see the overwintering Queens in the winter and early spring.

The most common ant found in the UK. It has the tendency to enter houses in search of a variety of food – other insects and sugary substances –  to take back to the colony.  Colonies start in mid-late summer initiated by the Queen, during the winter they hibernate in places such as garages and sheds.

Control: Black ants can be controlled by insecticide and bait formations or organic products.

Found in highly heated buildings across the country, such as hospitals, food service areas and in lawns during hot weather. The Pharaoh Ant is yellow – light brown in colour, it can be seen as almost transparent. They eat all sorts, especially sweet foods. They vary in length, workers being approximately 1.5-2mm long and queens being around 4mm and slightly darker in colour than the workers. Colonies are usually large but can vary from a few dozen to several hundred thousand.

Pharaoh ants can transmit over a dozen pathogens, such as Salmonella spp., Staphylococcus spp. and Streptococcus spp.

Control: Pharaoh ant control is difficult but can be controlled by formations and organic products.

There are seven species of wasp in the UK. The most common are the ‘common wasp’ and the ‘German wasp’. Both species nest underground and in cavities in trees, walls and buildings. They also have the tendency to nest in loft spaces. If left alone, wasps are not normally aggressive – however temperature and overcrowding can be triggers for aggressive behaviour.

Unlike the bee sting, the wasp sting has no barbs and can be used over and over. At the base of the sting is a sac containing venom. When squeezed by the wasp it delivers the venom under the skin. The pain felt with a wasp sting is caused by a complex protein when the skin is penetrated through injection. Reactions to the wasp sting can vary from being hardly affected to serious allergic reactions which could result in death from anaphylactic shock.

Control: These wasps can be controlled with dust formation and organic products. They can also be removed at night if the area is accessible.

Also known as the common rat, street rat, sewer rat, Hanover rat, Norway rat, brown Norway rat, Norwegian rat or wharf rat. This is the most common rat in the UK. If you live in a town you are probably no more than 15 meters from a rat. They live in large colonies and multiply at an alarming rate, litters of 1-20 every 6 weeks. Females breed at 3 months old.

Brown rats are mainly nocturnal. They will run from danger but may attack in groups – they have been known to attack rabbits, birds and fish. These rats vary in size, but normally range from 30 to 60cm, including tail.

They live in countryside and in towns – anywhere there is a food source. They can survive on almost any food.

Control: Can be controlled using rodenticide, trapping and proofing measures.

Also known as the ship rat. Originally from India, they arrived in the UK 2000 years ago in crates of cargo. Fleas on the rats brought the plague to Europe, and ‘The Black Death’ killed over half of the population.

Black rats are slimmer than brown rats. The colour of their coat varies from grey to brown to black. They mainly live in ports or coastal towns but also found in grassy fields and islands. Nests are built in cavity walls, in between rafters, in hollow trees and above the ground. Their diet is mainly vegetarian. Black rats breed between April and November and produce up to five litters of up to eight pups.

Control: can be controlled using rodenticide, trapping and proofing measures.

If you have any questions or require assistance with any pest control. Please get in touch, we’d be more than happy to help where we can. We also offer 24 hour call outs for emergencies.